Why I Advocate: Speaking Up for My Own Health Empowered Me to Support Others 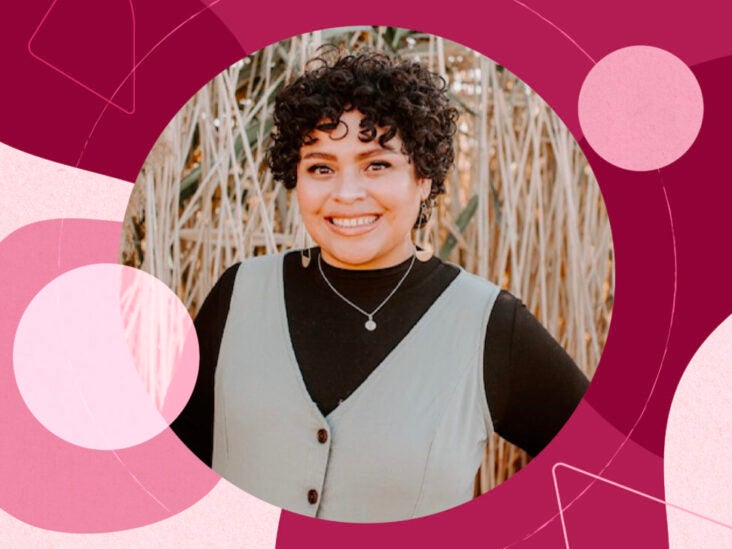 by Natalia Green, as told to Elizabeth Millard

by Natalia Green, as told to Elizabeth Millard

Why I Advocate spotlights members of the breast cancer community working to make the world a more welcoming, equitable, and accessible place. Whether it’s calling for policy change, highlighting the need for representation, or simply offering the support they wish they had, these advocates are proof that we are stronger together.

About 3 months after my second child was born, I felt a lump in my breast, but my mind didn’t immediately leap to a possible cancer diagnosis. That’s because I was breastfeeding, and I’d heard it’s fairly common to experience mastitis, so I thought it was a blocked duct.

I pumped to get rid of all the milk, took hot showers, and expected the lump to disappear. But it didn’t.

When I went to get an ultrasound, the doctor there was sure it was a blocked duct anyway, but I felt in my body that the results wouldn’t be good news.

When they found it was breast cancer, my health team was very surprised, but I wasn’t, because my body had warned me that was likely the case.

That instinct actually began a few years before, when I became pregnant the first time. There’s so much advice out there about how you’re supposed to be feeling, what pregnancy is like, and how delivery could go — and the contradictions are overwhelming. I got to the point where it seemed counterproductive to do anything but listen to my body.

What they don’t tell you is that the real struggle happens when you’re done with treatment.

That practice has been deepened and strengthened since then. So, when I got the phone call that it was cancer, my body was ready for treatment — but my emotional health needed to catch up.

At first, I was resistant to going to support groups. I thought, “You go through treatment, you get the double mastectomy, and your life will go back to normal.”

I really figured I could just pick up where I left off once treatment was complete. But what they don’t tell you is that the real struggle happens when you’re done with treatment.

After all, when you’re in active treatment, your hand is held through every bit of the process. But when you’re done, that’s gone. You feel abandoned in some ways because all you have is check-in appointments.

That’s when I thought, I need help. I need support.

Learning about representation in the breast cancer community

Living in the suburbs of Salt Lake City, it’s very white. In fact, where I live, my sister, mom, brother, and I combined probably make up 70 percent of the diversity here.

I’m the daughter of two immigrants from El Salvador and I suspected there wouldn’t be many people, if any, who looked like me in the local support groups. But I found a group that was part of the Young Survival Coalition, which focuses on women under age 40 who have been diagnosed with breast cancer.

Soon after I joined, the organization held a national summit. Even though I never travel alone, I bought a ticket. It turned out to be life changing.

I have a master’s degree in public administration, which means advocacy is in my wheelhouse, but I didn’t know what issues around breast cancer needed the most advocacy.

For example, in one breakout session about diversity, the conversation was heated about the need for representation in the breast cancer world. It made me think about what I could do to increase access and support for women like me.

I thought about what would have happened if my mom had breast cancer when she was young, living in Utah. Would she have felt completely alone? Or would women have reached out to her and created meaningful connections? I’m not sure.

So, I started getting involved with the women in my local support group and formed friendships there. One of them encouraged me to apply for the Living Beyond Breast Cancer Young Advocate Program, which provides comprehensive training in how to advocate and become active in your local breast cancer community.

The importance of being taken seriously

At about the same time, I developed bad back pain. It took time for the insurance to cover getting a CT scan with contrast (used for a clearer picture). By the time I finally got that imaging, they found a lesion on my spine. The cancer had metastasized to my bones.

That’s when I thought about my own story. I was first diagnosed at 33 as a young mother, and I wondered: What if I hadn’t listened to my body? How long would I have let that back pain go because the insurance company wouldn’t cover the right test for diagnosis?

The advocacy training I’d gotten helped me to be a better advocate with my own doctors.

For example, I knew from my personal experience and reading research that People of Color tend not to be taken seriously when it comes to pain, and are often not given the pain-relieving treatments they need.

For me, advocacy means working to reduce heartache and pain through this process.

Before my brother, who had cancer, passed away 7 years ago, doctors were dismissive when he talked about pain. They thought he was there to get medication.

My CT scan showed that not only did I have a lesion, I also had a fracture. Being an advocate allowed me to stand up for myself and say I wanted to be taken seriously.

Going through this experience is tough enough. Adding discrimination and bias makes it worse. The way I grew up was to respect authority, including doctors. My mother wouldn’t have said anything, but I wanted to be an advocate for myself, and also for other women who need that kind of acknowledgment.

That’s what’s led to my other efforts, like being a Latinx Metastatic Baddie Ambassador for the organization For the Breast of Us — started by two women who were part of that heated conversation on representation — and co-hosting a podcast, Our MBC Life.

For me, advocacy means working to reduce heartache and pain through this process. It’s about listening to your body, but also about supporting one another and being seen.

No one has to go through this alone. If you’re looking for support, join the Bezzy BC peer-support community, where you can connect with others who truly get it.

Natalia has metastatic breast cancer, and currently lives in a suburb outside of Salt Lake City, Utah. She is a mother of a two young children. She was diagnosed with early stage breast cancer in 2017 and metastatic breast cancer in 2019. Before her diagnoses, Natalia graduated with a Master of Public Administration from ASU and has a passion for public service and activism. Currently, Natalia is a host and senior producer for Our MBC Life podcast and a Baddie Ambassador for For the Breast of Us. Natalia advocates for breast cancer awareness and education, primarily in the Latinx community and for people of color. Outside of her activism, Natalia enjoys the outdoors, traveling (when possible), cooking, and spending time with her family.