When You See Us: Navigating the Burden of Being Strong 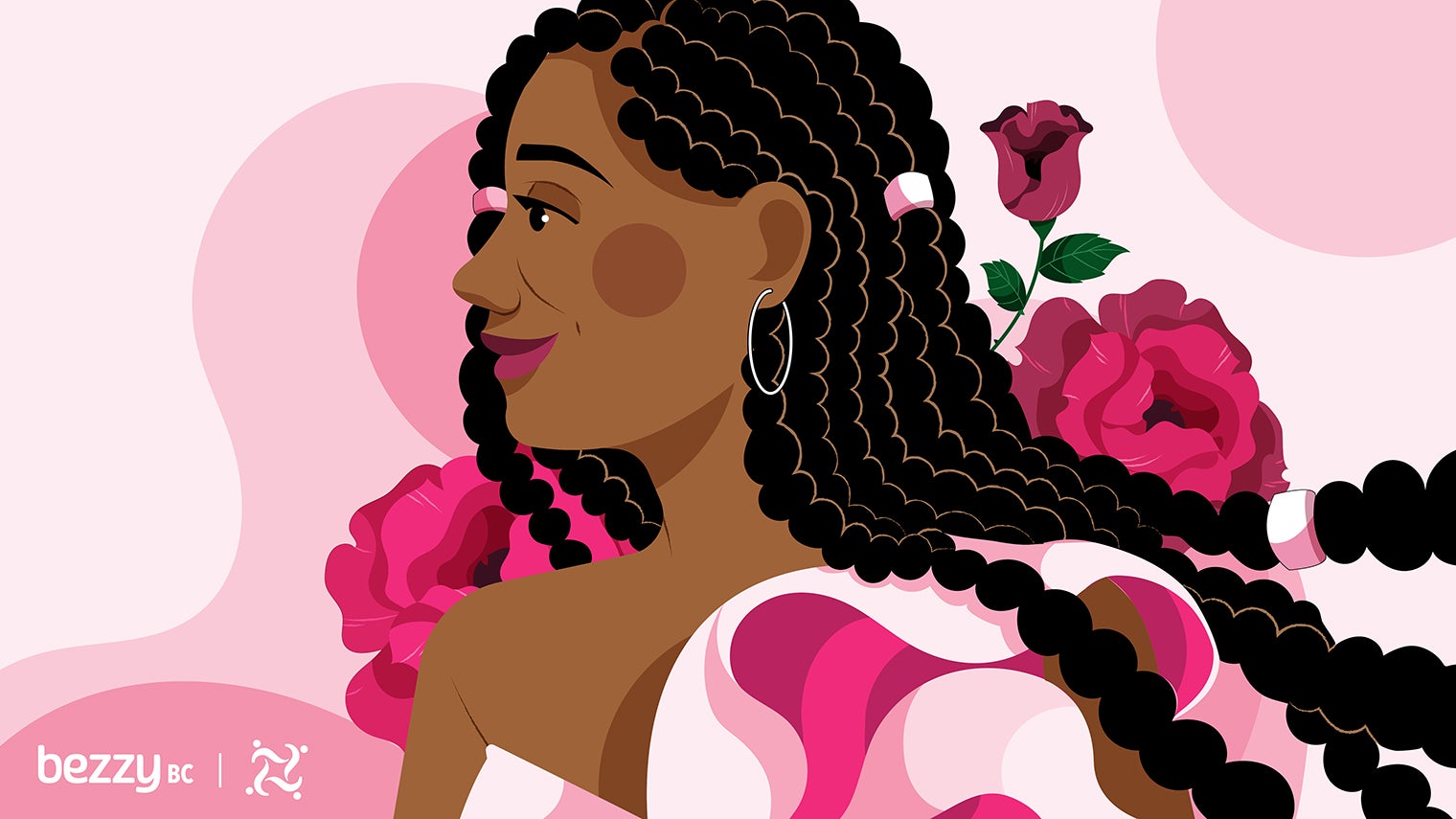 by Monisha Parker, as told to Elizabeth Millard

by Monisha Parker, as told to Elizabeth Millard

This is When You See Us, a series in partnership with our friends at For the Breast of Us, highlighting the experiences of Women of Color in the breast cancer community. Together, we believe that hearing the stories of women who look like you and can relate to your experiences has the power to foster community, power — and hope.

It’s the kind of moment that seems so ordinary when I think back on it. I was sitting on the couch at home, talking to my boyfriend, and I happened to brush a hand across my chest.

That’s when something felt off. Immediately, I thought about my mom and my grandma, because they both had breast cancer, and my grandma had died from it. In fact, the only time I remember my mom crying was at her mother’s funeral.

But I was only 28. So even with that family history, it came as a shock to find out, after a mammogram and biopsy, that it was cancer.

I had a port placed and started chemo. I had six rounds of chemo and a bilateral mastectomy with reconstruction — all before my 30th birthday.

In addition, my doctor approached me about having my ovaries removed as a preventative measure, which I’d never considered. At the time, my sons were 9 and 2, and they were already watching me go through so much.

I opted not to have the surgery right then, because it already felt overwhelming. I was warned that keeping my ovaries didn’t mean I could have more children, because it was likely my fertility was reduced from the chemo.

I can’t describe the relief I felt about my choice when I got pregnant again, and I was able to have my daughter in 2017, about 3 years after that moment on the couch.

I had the surgery after that, so I could be here for my kids. But that wasn’t the only decision I made. I decided to take a different path than what I’d had growing up, because I wanted to redefine what “being strong” really meant.

From breakdown to breakthrough

Going through treatments, there was a lot of pressure on me, because I felt like I had to live up to the example of my mother and grandmother, as well as other women in my family.

I’d never seen any of them cry until my grandma passed, so I thought I had to be like that, too. I had to keep my “brave face” on and push back any feelings that might make me cry or cause a breakdown.

Looking back, I can see how that perspective caused me to miss out on opportunities to get the support I needed. I thought if I asked for help, it would mean I was weak. I wanted to be superwoman and supermom, but that’s a heavy burden to carry on its own, much less when you’re trying to navigate through cancer treatment.

Then came another ordinary moment that turned into much more than I expected.

I realized I needed to redefine what strength looks like, and not just for me. Now that I have a daughter, I don’t want her to think she can’t cry and ask for support.

As I was going through chemo, my big concern was my hair falling out. I didn’t cut my hair, because I was hoping for the best. But after the third round, I was in my parents’ bathroom and saw that it was happening.

I sat on the floor, crying, having a complete breakdown. But when it came time to come out, I had my brave face on.

That’s when it clicked: I don’t need to carry this on my own. I have a great support system, people who absolutely love me and are there for me. I thought, “They don’t know what I need, because I don’t tell them.”

I realized I needed to redefine what strength looks like, and not just for me. Now that I have a daughter, I don’t want her to think she can’t cry and ask for support. I want her to see that it’s OK to have a breakdown, because you can do that and still be strong.

Setting down the burden

After that incident, I had a real conversation with my mom and with my boyfriend, who’s now my husband.

I talked about what I needed, and I took a leap of faith to trust the people around me. I said, “I’m struggling, and it makes me feel vulnerable,” and they were reassuring in deeply meaningful ways.

That helped me reach out to friends as well. This was hard, because I’ve always been the friend everyone comes to with their issues. I thought that, if I needed help, I would lose my credibility. They had no idea I was having a hard time.

You don’t have to carry everything on your own. You don’t need to make strength into a burden that you can never set down.

At this point, I’ve been cancer-free for almost 6 years now. It’s a little scary, because both my mother and grandmother had cancer twice, and my grandma didn’t survive the second time. I try not to have it looming over my head and find ways to be grateful and take it one day at a time.

I’ve become more intentional about taking care of myself, like adopting a plant-based diet, exercising, and giving myself permission to rest. Part of that self-care continues to be asking for help when I need it, and setting that example for my kids.

You don’t have to carry everything on your own. You don’t need to make strength into a burden that you can never set down.

That’s what I hope others in the breast cancer community keep in mind — that you have support. You don’t have to do this alone.

Monisha Parker is a native of Raleigh, North Carolina. She is married with three children. By day, she works as a Branding and Communications Manager. By night, she is an author (What’s Going on With Mommy? and Self-Exam), podcaster, and breast cancer advocate. She is passionate about healthcare equity and representation in the advocacy space. She strives to always be a light, see the light, and never dim her light. You can learn more about Monisha by visiting her website and following her on Instagram.