When You See Us: Living Life to the Fullest Despite a Terminal Diagnosis 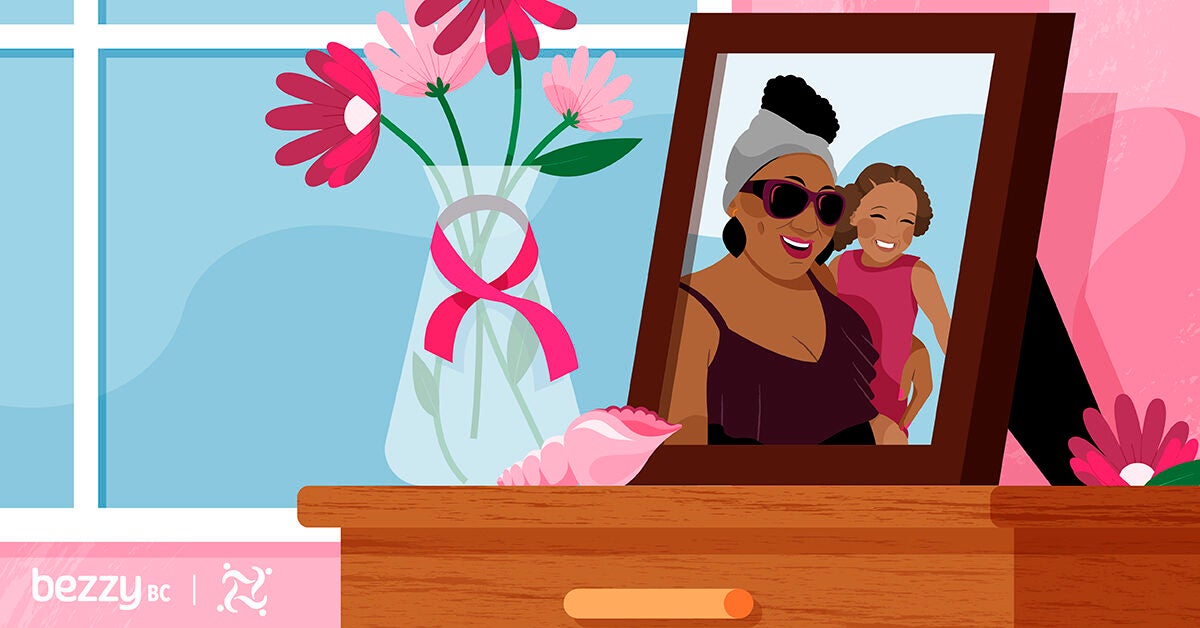 by Deltra James, as told to Elizabeth Millard

by Deltra James, as told to Elizabeth Millard

This is When You See Us, a series in partnership with our friends at For the Breast of Us, highlighting the experiences of Women of Color in the breast cancer community. Together, we believe that hearing the stories of women who look like you and can relate to your experiences has the power to foster community, power — and hope.

When I look back at navigating my breast cancer diagnosis, treatment, scans, biopsies, and that terrible moment of hearing the disease had metastasized, what I hold onto is beach day.

In the midst of waiting — every cancer patient knows the weight of all that waiting — a friend invited me and my daughters to join her at the beach with her kids. Looking at the photos now is bittersweet because even then, it felt like my last normal day.

When you’re part of the cancer community, it’s common for your life to split into “before” and “after.” Watching my girls play, I was enjoying the carefree bliss of ignorance about what the future might bring. I wasn’t having thoughts like, “Will I get to see them grow up?” and feeling the dark cloud of cancer block out the sun.

It was a beautiful, perfect day and despite what’s come after, thinking about the way we all enjoyed being in the moment has actually helped guide me toward that feeling now, when the cloud is always there.

Getting into battle mode

When I felt a lump in the summer of 2019, I wasn’t too concerned. I had no history of cancer, and I was only 33 years old. I was a busy mom of five girls, but I still made time to go in for a scan just to be on the safe side.

I’m grateful my doctor took it seriously because I’ve heard stories about young women being dismissed. She also said she wasn’t too concerned but we scheduled an ultrasound anyway, and we both went into this with the mindset that it would be nothing.

I wasn’t nervous until the ultrasound technician brought in someone else to look at the scan and he asked me about family history. That’s when I felt like there was something to be anxious about.

It was 4 days from ultrasound to biopsy, and the oncologist was fantastic. She had an attitude of “Let’s get this done, we’ll go through it together,” and that was so calming.

I’m grateful my doctor took it seriously because I’ve heard stories about young women being dismissed.

It was while waiting for the biopsy results that we had that beach day, and truly after that, everything changed. The next day, the oncologist called herself and told me it was cancer.

I didn’t hear anything after those words — I was in shock. At the time, she said it was probably stage 2, maybe 3, and I remember thinking: Well, at least it’s a beatable cancer.

There were a few weeks of waiting for more scans after that, and I drew on my support team and got into battle mode. Then, a scan showed a spot on my liver, which required a biopsy. When we got the results of that, we found out it was stage 4.

When you hear that, you think you’re going to drop dead in a week. But I learned people can live with it for years. I went on IV chemo as a treatment, and although it’s not curable, I’ve learned to wrap my head around the fact that I have metastatic breast cancer.

I heard a phrase once that “cancer is not a death sentence, it’s a life sentence.” That’s how I decided to live, to give myself permission to be here fully for as long as I have.

Living in the sunshine

To be honest, it took time for me to adjust to this new normal. In the early days, there was a lot of despair and uncertainty, and some of my posts in the cancer community could be described as spiraling.

But I’m so grateful that my “breasties” saw this and came in with support. I’m also a big advocate for therapy, and I’m fortunate that I had already been seeing a therapist for years who knew me before my diagnosis.

Along with my family and my daughters, I had a community that held me up.

What I’ve learned is to be present. That might be the thing that really saves my sanity because I still have dark thoughts, but it’s getting easier to move away from them. There’s no use revisiting the past, and I don’t want to focus on a future that may or may not be.

I haven’t had any ideas or aspirations that I’ve deeply attached to my children, which would make me miss seeing them achieve those dreams. I try to make sure they know that however they decide to live their lives, whatever they pursue that makes them happy and healthy, I will be proud of them.

Of course, I would love to be there for what they do. But I try to focus on enjoying my children today for who they are. I embrace watching them grow into being good humans, so I don’t have any fear about what’s ahead for them.

Like me, they are surrounded by community. They’re very loved, and so am I, and that gives me peace and comfort because I know that when I’m not here, they’ll still be supported.

No matter how long I get to enjoy living the life I have, I will pursue joy and peace. I think everyone should.

That feeling of appreciating the present also led me toward a big decision to get divorced. I think this is important. I see many people in the metastatic breast cancer community who are unhappy in their marriages, but they don’t want to start over because they feel like it’s the end anyway.

I don’t judge anyone for that, and it’s difficult enough to leave when you’re healthy, much less when you have a disease like this. But my husband and I had been struggling before my diagnosis. I’d told him I wanted a divorce before this happened.

When I found out about the cancer, I asked him to stand by me instead, but a few months in, I realized he wasn’t able to show up for me and that was causing more frustration. I decided to go through with the divorce because I deserve to be happy. Kids deserve parents who are at their best, and that wasn’t going to happen with us together.

For me, this was another example of enjoying the life I have — and I’m really happy I fought for it. That’s the example I want to set for my daughters.

My diagnosis doesn’t define me. It doesn’t subtract from my worth. No matter how long I get to enjoy living the life I have, I will pursue joy and peace. I think everyone should.

Deltra lives in Connecticut with her 5 daughters. She’s a chain tea drinker, wig hoarder, and lover of singing loudly and dancing unabashedly. Since diagnosis, she has served as a member of Cactus Cancer Society’s YAC advisory board, the inaugural class of For the Breast of Us Baddie Ambassadors, the Our MBC Life podcast staff, and Diversity and Inclusion Coordinator for Project Life MBC. You can connect with her on Instagram.