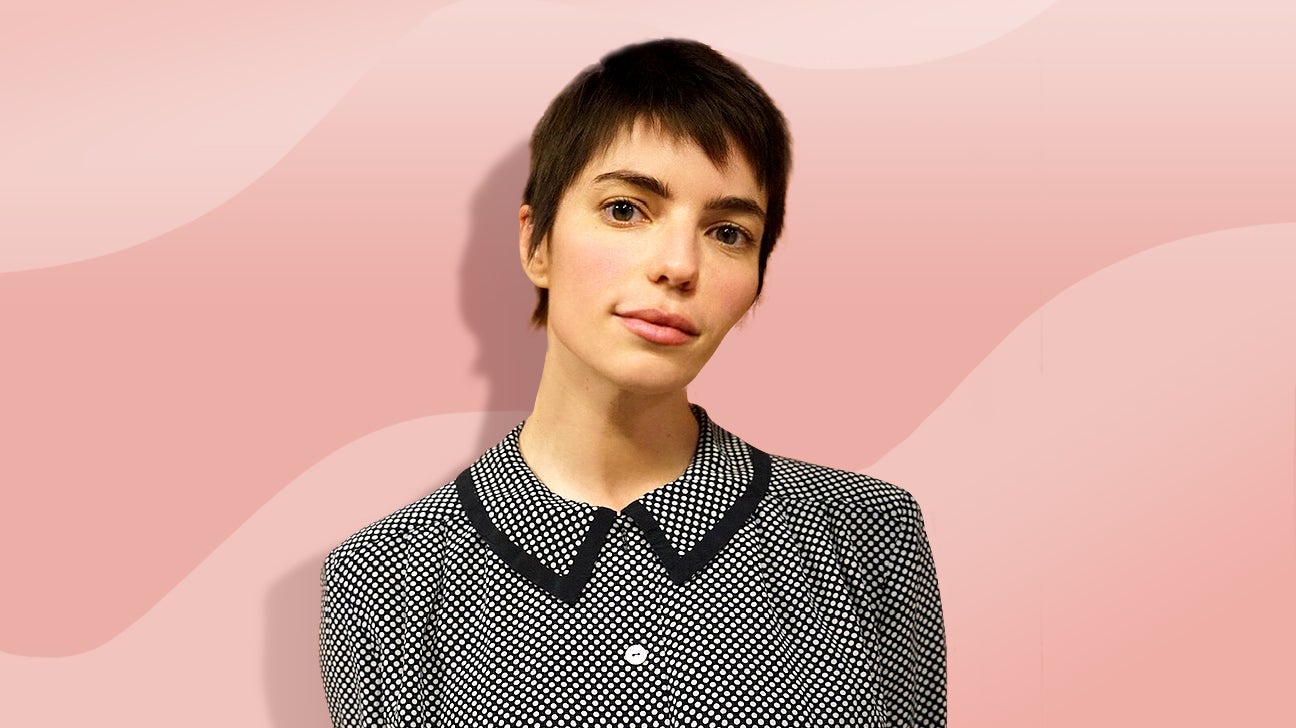 When Angela Trimbur, known for her acting roles in “The Good Place,” “The Final Girls,” and more, was diagnosed with breast cancer in 2018, she quickly learned the value of connecting with people who know what it’s like.

Her course of treatment included 16 rounds of chemotherapy, a double mastectomy, and reconstruction surgery. Because she had the BRCA2 gene mutation, which can increase the risk of ovarian cancer, Trimbur also had her ovaries removed for preventive measures.

“It was challenging in major ways a person has never had to face, and difficult to completely empathize with unless you yourself have gone through it,” she says.

Leaning on those nearest and dearest to her helped Trimbur emotionally and mentally during a time when she needed it most.

“I always asked for support; vulnerability was in pilot mode for me. I just expressed exactly what would be helpful, and if someone could step up in that way to help, they would,” she says.

She is grateful that her friends participated in rituals personalized for her. During the middle of her chemotherapy treatments, when she was at her weakest, she organized a silent reading gathering at her favorite cemetery grassy knoll, where a group of her girlfriends came and demonstrated support by reading independently, but together.

“I found that what personally helped me most was inventing creative ways to stay connected in ways that felt purposeful, yet manageable,” says Trimbur.

During chemotherapy, she didn’t know when she would feel up for visitors, talking on the phone, or video chatting, but still wanted to stay connected. She began using the video messaging app Marco Polo, which allows people to send videos on their own time, without requiring two people to be on the same schedule.

“There’s something beautiful about not having to be an active listener. You don’t have to nod along and use backchannel cues. You can just fully listen to a person speak and be present to respond when you can,” she says.

“And for the person speaking, it’s like a monologue for them in a sense, or just venting without the pressure of having to do it the right way or feeling that what you say may not be so interesting,” she adds.

Creating community out of crisis

Trimbur decided to share her journey on Instagram as a way to update her friends on each step of her process, and also to bring a voice to other women going through the same thing.

“Others on the same journey felt more seen or inspired in their current decision making, and it helped outsiders understand a bit more of what it all entails,” she says.

She receives messages on a daily basis and feels honored to connect with survivors, noting it gives her purpose.

When COVID-19 hit, and as the pandemic settled in, Trimbur realized that many friends were focusing on their own self-care as they dealt with the emotional and mental toll of the coronavirus.

“Everyone was taking care of themselves and creating boundaries, and to a certain extent, rightfully so. But that didn’t create a space for me to vent about my cancer and what I was going through, and I started feeling very alone,” she says.

After trying to connect with breast cancer survivors via Facebook groups and feeling like it was too impersonal to just type things on a wall, she decided to create a video messaging group on Marco Polo for a more intimate way to share with an automatic sisterhood of those who understood.

She shared a link with women she had connected with on Instagram, and the group grew quickly, including women at all stages of their cancer journey.

“We cry in these groups. We celebrate one another. It’s all very sweet. So, anything I can do to help others to make them feel a little less alone and give them a community to connect with, I will,” says Trimbur.

Looking ahead with a new perspective

When Trimbur received her cancer diagnosis, she wasn’t sure if she would feel up to being on set, and she took a break from Hollywood on-screen work.

“When I had the energy, I would still teach and host dance workshops, which was very cathartic for me. I never stopped dancing, even if it was just me alone in my living room. It’s always going to be my way of staying afloat mentally and hope to always have dance in my career,” she says.

Given that the pandemic has pushed Hollywood into a standstill, she tries to look on the bright side.

“I know it’s hard feeling even more alone in a time when you want to feel even less alone, staying quarantined and socially distanced, but I really do believe there is a big reason for all of this. An important lesson. Perhaps we are meant to learn to use this time in a way that feels even deeper,” she says.

For her, going deeper means writing about her cancer journey.

While she’s still working out the new perspective her experience has given her, she feels changed in grand ways.

“I have more confidence that I can handle major life surprises, but I am still in the middle of a few surgeries. I just had my ovaries out… and am grieving that loss,” she says.

She also decided to have her breast implants removed and to go flat.

“Having something foreign in my body has never felt comfortable, literally and emotionally. So I am still very much juggling and sorting through huge changes,” Trimbur says.

“Many survivors go through a PTSD stage after treatment, so it’s not like all of a sudden we have all the answers to the purpose of life or see it more clearly,” she says. “Maybe in a few years this answer will fly off my tongue and I do hope it does.”

In the meantime, she is grateful cancer is behind her, and to that, she says, “Good riddance!”

Cathy Cassata is a freelance writer who specializes in stories about health, mental health, medical news, and inspirational people. She writes with empathy and accuracy and has a knack for connecting with readers in an insightful and engaging way. Cathy contributes regularly to Healthline and Verywell, and she has also been published in HuffPost. Read more of her work here, and connect with her on Twitter, Instagram, Facebook, and LinkedIn.