How a Taxol Reaction Changed My Breast Cancer Treatment 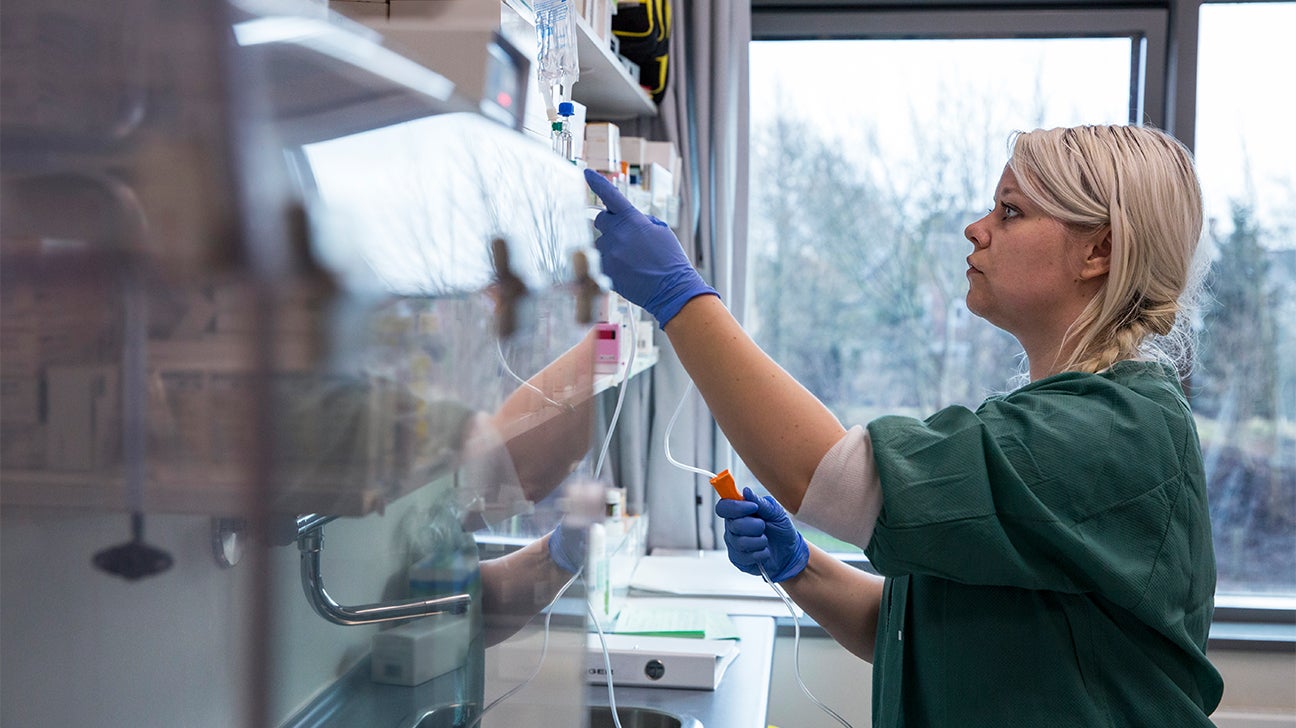 I never dreamed I’d have an adverse reaction to a drug that was supposed to be “a piece of cake.”

So many people told me paclitaxel (Taxol) would be easy. They promised it would be so much better than what I’d just been through.

“It’s a piece of cake,” a cancer survivor friend said.

Adriamycin is often called the “red devil” by people with cancer, both for its crimson hue and its propensity for destruction.

By the end of the AC treatment, my body felt like it had been through war — taste buds decimated, brain clouded by the fog of chemo, energy totally depleted by bone-deep fatigue. So when everyone assured me the 12-week Taxol regimen would be much easier, I felt excited to get a bit of a break.

How my body reacted to Taxol

Before beginning Taxol, my oncologist warned me some patients have an allergic reaction to the drug.

In most cases, allergic reactions occur during the first infusion. Because of that risk, healthcare professionals administer the drug with the antihistamine diphenhydramine (Benadryl) to help prevent a reaction.

According to Carlos H. Barcenas, MD, MSc, a breast medical oncologist at MD Anderson Cancer Center in Texas, around a third of people treated with Taxol are at risk for developing an allergic reaction. This is because Taxol is administered in combination with a compound called Kolliphor EL, formerly known as Cremophor EL, which is linked to hypersensitivity reactions.

In most cases, Barcenas says, mild reactions can be managed to allow treatment to continue.

The day of my first treatment went pretty well. I didn’t have any obvious reactions to the drug, and the combination of an antihistamine and the warm blankets provided by my nurses left me dozing through the few hours of infusion.

Unlike with AC, I didn’t need as many antinausea meds or steroids. It also wasn’t accompanied by the pegfilgrastim (Neulasta) shot that had made me feel terrible.

I felt pretty decent that night and the next day for having just had chemo. However, 2 days later, I started running a low-grade fever. I took some Tylenol and a nap and waited for it to pass.

The following day, it returned, along with a throbbing headache radiating from my left temple, past my ear, and along the base of my skull.

For the next 2 weeks, I dealt with a fever and chills along with the headache. When I went in for my next infusion, the nurse informed me I couldn’t receive chemo that day because my white blood cell counts were too low.

When those white blood cell counts still hadn’t rebounded by the following week — 2 full weeks after my first Taxol infusion — my oncologist decided to pause the treatment.

A small percentage of patients experience neutropenia, an abnormally low white blood cell count, after receiving Taxol. Neutropenia can cause fever and chills, among other symptoms.

In my case, it took a full month for my white blood cell count to return to a normal level after receiving Taxol.

Because of that, my oncologist determined my body did not tolerate the drug well enough to continue receiving it as part of my treatment. He explained that the potential long-term damage to my bone marrow due to my white blood cell counts bottoming out so dramatically was not outweighed by the possible benefits of the drug.

After deciding to discontinue Taxol treatment, my oncologist ordered an MRI to determine if the chemo I’d received had affected my tumors.

I anxiously awaited the results and was delighted to learn that the four doses of AC and one dose of Taxol did their job — my tumors were undetectable.

Because I am BRCA2-positive, the plan was to proceed to a bilateral mastectomy once I completed chemotherapy. With the positive outcome of the chemo I’d already had, my oncologist and surgeon decided to proceed with the surgery rather than trying an alternative drug treatment.

Some people who can’t tolerate Taxol may need an alternative regimen of nab-paclitaxel (Abraxane), Barcenas shares. This drug does not have Kolliphor EL and carries a much lower risk of developing an allergic reaction.

While I was unable to complete all 12 rounds of Taxol, I was lucky enough to have a complete response to the chemo I did receive. My postmastectomy and lymph node retrieval pathology were totally clear.

When I entered the infusion room for Taxol treatment, I never dreamed I’d have an adverse reaction to the drug that was supposed to be “a piece of cake.”

However, through advocating for myself by maintaining continuous communication with my care team about the side effects I experienced, I was able to make the best decisions for my overall health.