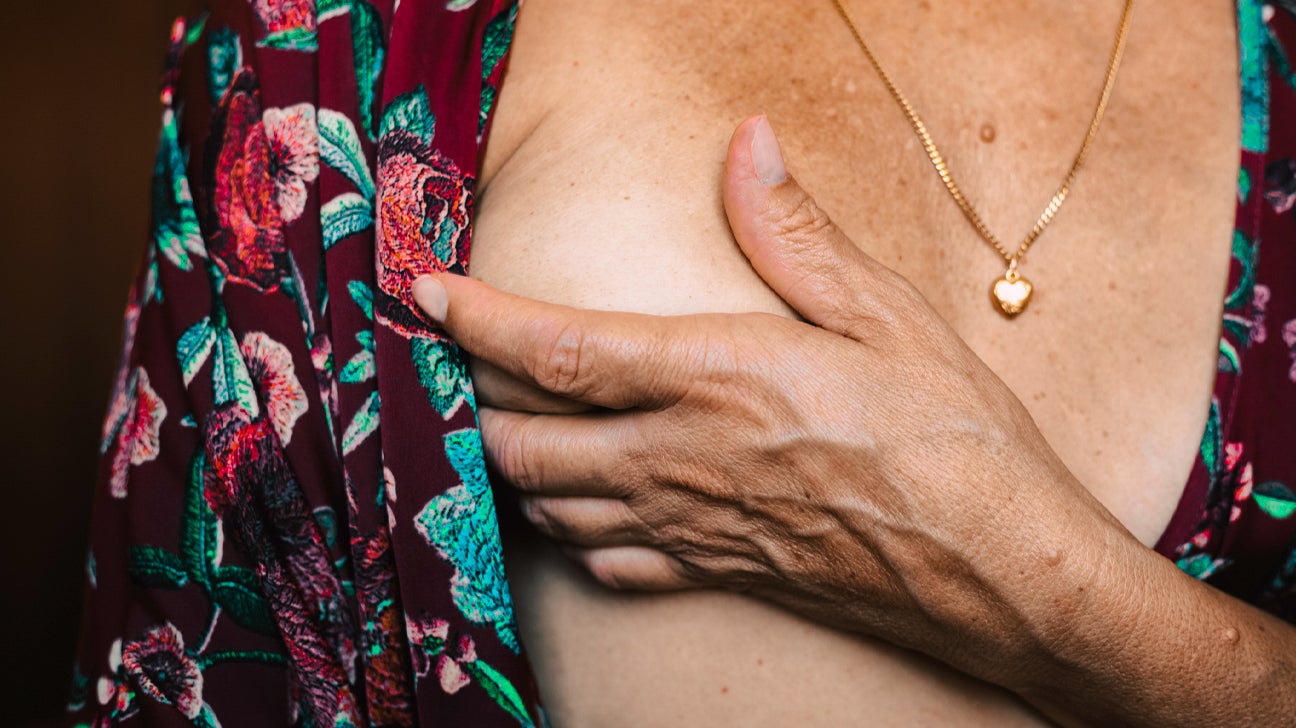 Everyone talks about the importance of catching breast lumps as early as possible. But did you know there’s a host of lesser known breast cancer symptoms that might not show up on a self-exam or mammogram?

According to the American Cancer Society (ACA), breast cancer is the most common cancer in American women, other than skin cancers, and it’s the second-most deadly cancer for women behind lung cancer.

On average, there’s about a 1 in 8 chance that a U.S. woman will develop breast cancer at some point in their life. The ACA estimates that more than 40,000 women will die from breast cancer in 2020.

The most common form of breast cancer is invasive breast cancer, which is any type that has invaded the breast tissue.

Less common forms include inflammatory breast cancer (which is caused by cancer cells blocking lymph vessels in the skin, causing the breast to look inflamed) and Paget’s disease, which involves the skin of the nipple or areola.

With the high rates of breast cancer, the American Cancer Society recommends women have the choice to start annual mammograms at age 40. The organization says women between the ages of 45 and 54 should get mammograms every year.

And while the disease is most commonly discovered by detecting a lump during a mammogram, there are other lesser known signs and symptoms of breast cancer that women should look out for.

Unusual discharge from the nipple can be an indicator that something is wrong in the breast.

According to Marisa Weiss, MD, breast oncologist and founder of BreastCancer.org, discharge that’s bloody or pink and generally only on one side can possibly indicate the presence of cancer in the breast tissue, particularly if it’s persistent.

Skin changes are actually one of the most common lesser known signs of breast cancer.

“Thickness or redness of the skin, along with a little puffiness like the skin of an orange is a sign,” says Weiss. “You see dimpling where the hair follicles are, like a navel orange.”

Skin differences like thickening, dimpling, and changes in color can indicate the presence of inflammatory breast cancer.

Redness, scaling, crusting, or flaking of the nipple or areola can be a sign of Paget’s disease, which can be an early indication of breast cancer.

The skin changes on the nipples often look like more benign conditions like psoriasis or eczema, but don’t respond to traditional treatments for those issues and instead worsen.

An enlarged breast — particularly if the swelling is isolated to one breast — or a change in the shape of the breast, can indicate issues within the tissue.

“An unusual shape where the contour is distorted and there’s a bulge in one part of the breast can be a sign of cancer,” says Weiss.

“It could feel like a lump, but it could also just be a region of the breast that feels firmer, and you can’t really feel a lump within it,” she says. “It also often becomes more pronounced when moving in different positions.”

A nipple that looks flat or inverted, as well as a nipple that points in a different direction than it once did, can be a sign of breast cancer.

“Instead of pointing straight outward or downward, it no longer looks in the same direction, but in a different spot,” says Weiss.

A flat or inverted nipple is another sign of Paget’s disease.

Red or hot spots on the breast, sometimes covering the entire breast, can be an indicator of inflammatory breast cancer.

While red or hot spots can also indicate mastitis — inflammation of breast tissue due to infection, most often experienced during lactation — mastitis symptoms are usually accompanied by fever.

Red or hot spots without fever that persist and don’t improve can mean breast cancer is present.

Weiss says it’s important to remember that these signs and symptoms can indicate other benign issues that aren’t breast cancer, but it’s critical to monitor the symptoms and act if they don’t subside.

And for those who’ve already had breast cancer, it can be even more difficult to discern the innocuous from the malignant. In that case, Weiss says it’s particularly crucial to monitor changes in the breasts and alert your doctor when something doesn’t look or feel right.

“You’re always worried about recurrence of a new problem, so the ability to recognize the less common symptoms and signs may be a little trickier,” she says.

It’s sometimes difficult to distinguish between leftover scar tissue from your prior breast cancer. And if you’ve had mastectomy and reconstruction, you could have lumps and bumps in there that are due to scar tissue from all the healing where they removed and recreated your breast, says Weiss.

No matter what, Weiss advises women to pay attention to their bodies and maintain regular self-exams and mammograms. And should they notice something out of the ordinary? Let their doctor know.