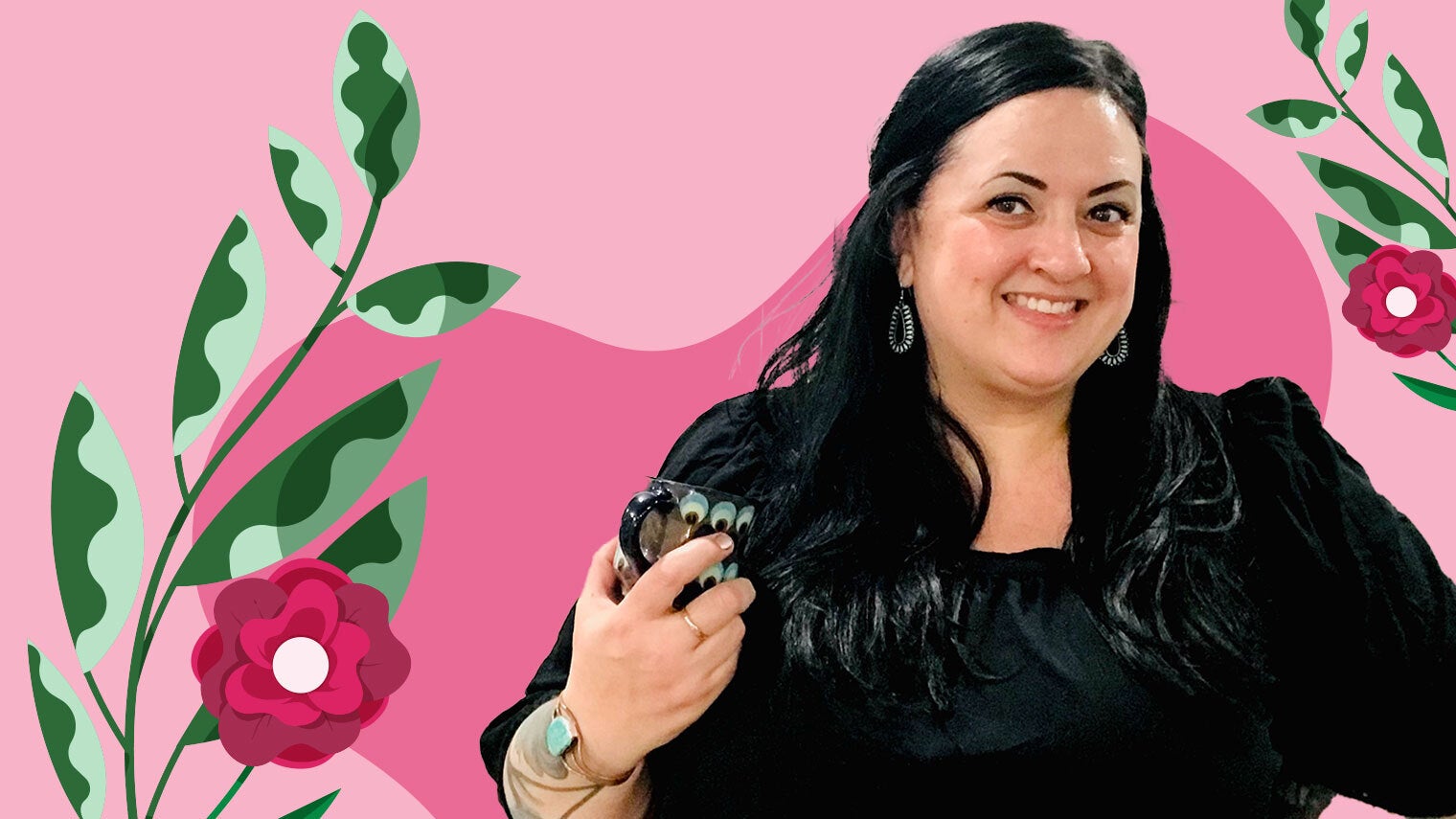 Every feeling is valid. As the Bezzy BC guide, Monica’s goal is to curate a space where you can feel safe talking about what you’re going through.

Seven years ago, when Monica Haro was 42 years old, she noticed a lump on her breast in the mirror as she was getting out of the shower.

“I was concerned, but not overly concerned because I was young,” she says. “I was still trying to have another baby. I’d had a miscarriage a month before, so I thought maybe it was just something from being pregnant, like a hormone surge or breast change.”

So she went to a doctor — and she received a diagnosis of stage 3 invasive lobular carcinoma, the second most common type of breast cancer.

“Seven years ago, there wasn’t a lot out there in terms of a strong community,” she says. “With a breast cancer diagnosis, there are a lot of waiting games — to do a biopsy, a scan, etc. — and I didn’t have any community.”

Whether you’re in giving back mode or healing mode, nobody understands what it’s like to live after a cancer diagnosis better than somebody else who has had cancer.

It felt comforting, however, that her oncologist was the same age as she was.

She stayed laser-focused on just getting through her initial treatment. Once she finished treatment, she started looking for a support community, particularly one that had younger, premenopausal breast cancer patients like her.

“It wasn’t too easy to find,” she says. “My first recommendation was to a local cancer center, which was a really awesome cancer community center, but there was nobody there my age.”

Finding her way to community

Eventually, Monica turned to the internet and began making connections with people on Instagram, people she still keeps in touch with today. Eventually, she found an in-person support group called the Bay Area Young Survivors.

She joined the board of directors for this group. During this time, she learned about the BC Healthline (now Bezzy BC) community and eventually became the community’s guide, working to welcome new members, keeping conversations productive and supportive, and leading live discussions.

She wanted to give back to her community and be around people who truly understood what it was like to live with a breast cancer diagnosis.

“Whether you’re in giving back mode or healing mode, nobody understands what it’s like to live after a cancer diagnosis better than somebody else who has had cancer,” she says.

Even though she’s now finished radiation and chemo, she’s still on hormone therapy, which means that the community is there for her questions, too.

It’s OK to be despondent and devastated and elated — sometimes all at once — and be able to share stories and empower somebody else with information.

“Once you’ve had a breast cancer diagnosis, you always kind of live with cancer because you’re always concerned about a recurrence or metastatic recurrence,” she says. “So even if I may not be actively sick or struggling with chemo, it still affects my mindset.”

In her role as Bezzy BC guide, you can count on Monica to create a positive and supportive space where everyone feels seen, welcome, and understood.

“I really, really love being able to curate a safe space to talk about everything,” she says. “Every feeling is valid, and it’s OK to share. It’s OK to be despondent and devastated and elated — sometimes all at once — and be able to share stories and empower somebody else with information.”

Simone Marie is a journalist who writes about health, science, and parenting. Outside of work, she’s usually camping or hiking in a national park with her husband, toddler, and rescue beagle. Check out her website for more.